Self-Portrait of the Artist

An untidy history of artists' representations of themselves in pretty much any form you can think of (painting & sculpture, poetry & prose, photo & film…) — updated every third day and open for suggestions.

The artist WANTS YOU. 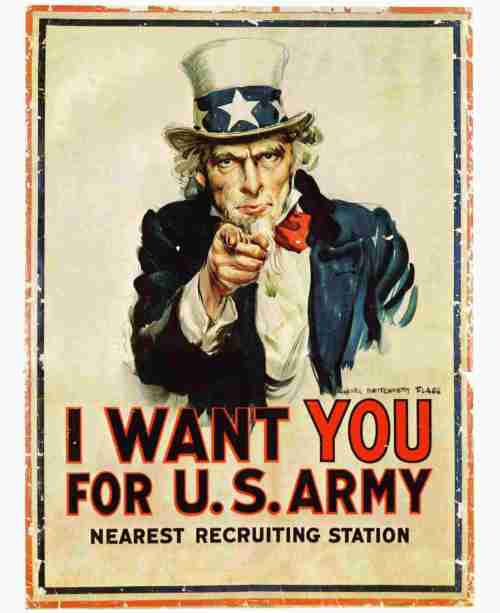 We are all familiar with this famed poster of Uncle Sam urging you to recruit in WWI, but I, for one, was not aware of the fact that his traits resemble very closely that of James Montgomery Flagg, the artist himself.

(But perhaps Mr Flagg would frown upon my use of the word “artist”. Indeed, according to this article, he once stated that “[t]he difference between an artist and an illustrator is that the latter knows how to draw, eats three square meals a day and can pay for them.”) 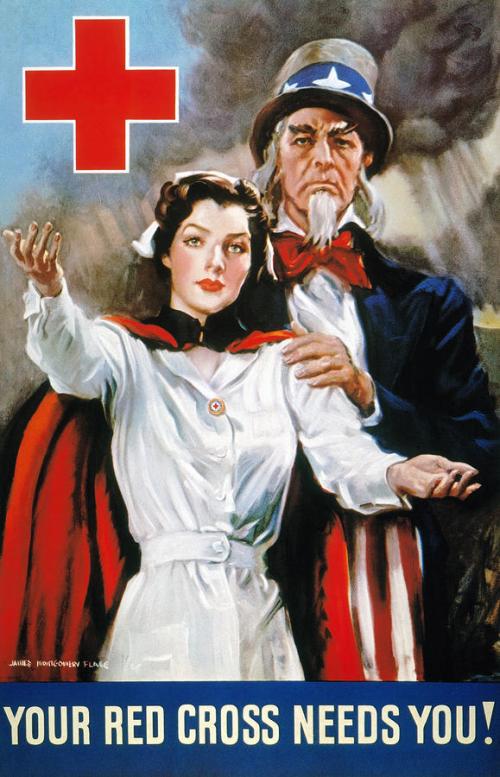 Flagg also produced some posters for the Red Cross during WWII, once again posing, this time expressly, as Uncle Sam. As his granddaughter Cathy O’Brien noticed, “he was beginning to resemble his painting more and more.” Witness the photograph below, where he can be seen reenacting the poster with one of the few models he did not marry, Georgia McDonald.

(Cathy O’Brien forcefully rejects the claim that Flagg did in fact pose for his best-known poster. If that is the case, then this may support the theory that all doodles are in fact self-portraits — Just consider the fact that people who do not draw professionally almost always depict figures of their own (perceived?) gender. Is that the case with you?)